by Subash Ramone
in All, Mobile, news
0

Nexon and Marvel have announced that Marvel Battle Lines which is a strategy card battle game that has tonnes of iconic Marvel characters from heroes to villains, is available on both Android and iOS devices worldwide.

Battle it out in story mode or with friends in this interactive and strategic card battle game by MARVEL and Nexon. Experience some of your favourite iconic MARVEL Super Heroes and Super Villains come to life including Captain America, Iron Man, Thor, and even the mighty Squirrel Girl.

Marvel Battle Lines has an interesting approach to card battle genre. Players will challenge each other on PvP mode or single player missions using a 3×4 gameboard. You need to collect and build a good deck of heroes and villains, master strategies and combos to take on bigger challenges. There are quite a few modes to play and the single player campaign has an original story by Marvel writer Alex Irvine. The PvP arena which is real time turn based will be available as well.

“Marvel’s incredible universe has reached hundreds of millions of fans around the world and it’s an honor
to be collaborating with their team on a truly unique game that draws on the nostalgia of collecting trading
cards and taps into the fun of battling with friends,” – Lawrence Koh, General Manager at Nexon. 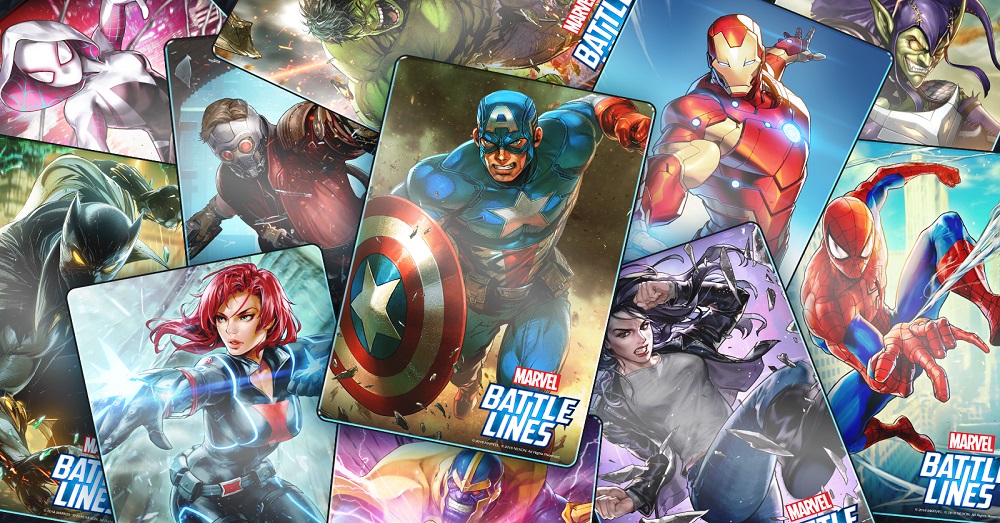 “MARVEL Battle Lines is incredibly engaging, fast and accessible, and will give players a chance to hone
their skills and collect their favorite Super Heroes and Super Villains based on how they like to play games
– whether that’s through the original single-player storyline and activities or competing in the PvP mode. We are working very closely with Nexon to deliver a card battle game that is authentic to our characters and true to the platform. MARVEL Battle Lines features an original story and all-new gameplay that Marvel fans and mobile players alike will enjoy for hours on end.” – Jay Ong, Senior Vice President of Games, Marvel Entertainment.

Check out the gameplay here.

We were fortunate to try out this game at the recent Game Start 2018 and I have to say it is really fun to compete against your friend which was what we exactly did. The gameboard has a tic tac toe kind of feel, mashed with card battle along with cool graphics. Can’t wait for the 24th October to download this game!

For more and the latest information on MARVEL Battle Lines, you can go to their Facebook page.