Green Phoenix, a 3D space shooter adventure developed by Broken Simulation and Zerouno Games and published by Leoful will launched on Nintendo Switch in Asia.

Green Phoenix is set in a distant future where humanity has conquered the stars and machines can think and feel for themselves. You control the fighter ship, which embarks on a journey to avenge her fallen friend, Dana. Travel across the galaxy as you learn Dana’s tragic story narrated in English. 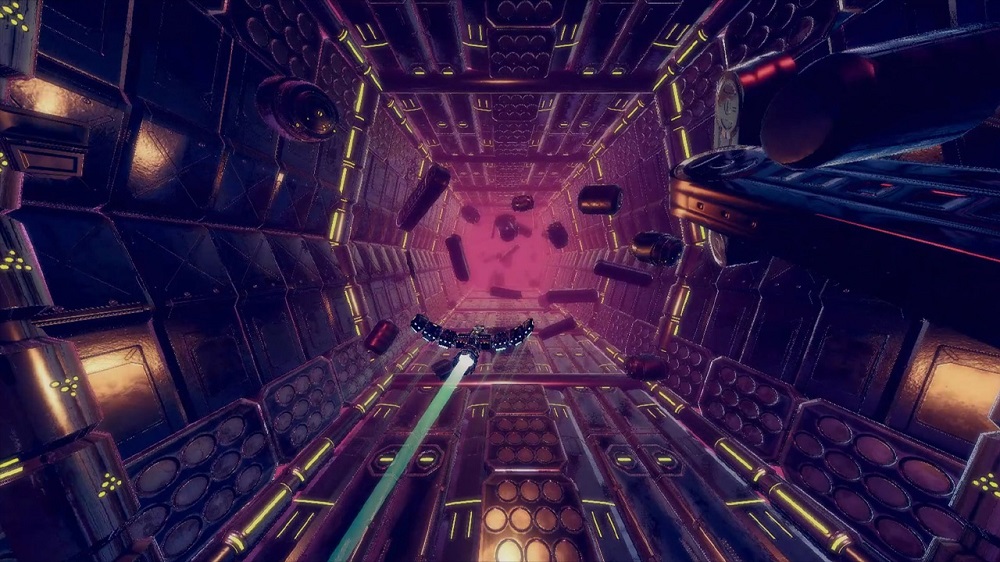 Players who purchase Green Phoenix during the launch period can receive a 10% launch discount.

Note : This offer is only available for players who are purchasing content on Nintendo eShop in Japan, Hong Kong, and South Korea.

Green Phoenix is an on-rails 3D space shooter mixed with a deep narrative experience, set in a distant future where humanity has conquered the stars and machines can think and feel for themselves. You control the self-aware fighter ship Green Phoenix, which is equipped with laser cannons and a shield. Fly through dangerous planets and collect the precious mineral heligium as you learn about the story between Green Phoenix and her dead pilot Dana. A deep and moving story between human and AI

During your journey, Green Phoenix will narrate her story vocally in English (subtitles available in your native language), recalling memories of her fallen comrade Dana and their fight with SCymo, one of the richest corporations in the galaxy.

Pilot the ship in four different planets as you explore a dystopian galactic city to a giant mine filled with heligium. Destroy hostile turrets with your laser cannons and collect as much heligium as you can.

Survive as long as you can in Arcade Mode

After beating the main story, aim to get the high score in Arcade Mode by collecting heligium and surviving for as many waves as you can.