by Subash Ramone
in All, esports, Indie, news, Singapore
0

The 26th of November 2019 would seem like any other ordinary weekday in Singapore. To stakeholders in the local games and esports industry however, they were tasked with the heavy responsibility of making an extremely important decision. To decide, whom would be best suited to represent their interests, in the form of a trade association.

At the behest of Enterprise Singapore (ESG), various stakeholders gathered in the venue function room at Bugis. The agenda of the day was to listen to 3 different groups of people, put their best foot forward and pitch for the role of a trade association for Singapore’s gaming and esports industry.

The format for the presentations were simple. Each candidate was given a time frame of 15 mins and about 5 mins of QnA from the audience. In terms of evaluation, the voting accounts for 40% weightage. The remaining 60% will be split equally at 20% each to Enterprise Singapore (ESG), IMDA and STB (I have no idea why the tourism board is even involved in the gaming industry).

“Trade Association” is such a big deal meh?

The short answer is, yeah it’s a pretty huge deal actually. Especially so in Singapore.

Our government doesn’t go to individual companies to collect information. They get that information via feedback from trade associations. What this means is, everything from industry wide policies, regulation, state support to grow the industry via employment, grants, opportunities for foreign collaborations, etc. are greatly affected by what trade associations do and advocate for.

If the people running the trade association are crap, the industry as a whole will suffer greatly. You’re looking at losing jobs, companies closing down, foreign investment relocating out of Singapore.

The calibre of people that attended spoke volumes about how important this is. You had senior representatives from big-wig stakeholders such as Sony Playstation, Facebook, Take Two, Gamescom Asia, Singtel, Razer, One FC etc. There was a huge turn out from the veteran indie developers and notable publishers. You also had esports representation from prominent professional esports teams like Resurgence.

It is clear that plenty is at stake and there were a lot of people that were keenly interested in what the candidates had to say and offer.

Most of what transpired can be rather dry so we’re going to spare you the blow-by-blow account. What we will do however, is try to relate the more interesting bits that we observed, some quotable quotes of the day coupled with some unsolicited jock commentary from the 2 man peanut gallery.

To be precise, it’s a collaborative team consisting of SGG, Elicia Lee (GameStart/Eliphant) and David Ng (goGame). All of them are entities with very strong industry portfolios and are fairly well-known in the industry. Overall, the pitch was fairly decent. They had very clear objectives that includes an extension of the work that SGG was already doing. Esports initiatives includes programmes to groom athletes and talents, formation of a domestic competitive league, etc. There weren’t many questions from the crowd as presumably everyone in the room were familiar with the candidates’ backgrounds and previous work in grassroots.

JPG commentary: Nothing much. Largely griping about the heat because the air-con didn’t seem to be working 🙁

Not much is known about him other than he has 2 decades of experience in gaming (details of involvement are vague), is a Singaporean but spends a large part of his time in USA and has 29 slides for his presentation. We only saw a portion of them during the pitch, which in itself was rather difficult to understand. The only visual during the presentation was the last slide which included a number of logos from indie companies. I presume they were used without prior permission because the representatives of those companies did voice some indignation. By the end of the pitch, we weren’t really sure what he wanted to achieve for the industry with AEGIS. Lots of theories and strategies but really bare bones on execution. Didn’t quite help that not a lot of people were familiar with his background.

Quotables: “…let’s ask Razer for 10 million dollars, put that in the bank and use the interest to fund operations and industry programmes…”

JPG commentary: “He asking for 10 million or for 10 dollars?”

Oh boy. Where do we start.

The entire presentation (delivered in douchebag flavour, I might add) can be summarised as a pitch to form an association with the purpose of funneling all funding towards being an esports operator. The strategy is to use IP developed by Martin’s company, for use in developing a competitive esports league. The (ir)rational argument being that companies with established IPs will not allow them for use in an esports league. As for the trade association element and industry initiatives, it was insinuated that the industry will be elevated by virtue that Martin is a developer and that he gets to benefit from the association’s use of his IP for the proposed league. This point was unfortunately not clarified because Martin, when not being blinded by projector lights, was busy giving spelling lessons.

Also, for the duration of their pitch, they managed to:

The level of condescension, ignorance and conflict of interest is spectacularly mind-boggling.
Quotables:
“I think Facebook is here? Yeah, you guys took a lot of our money.”
“Gaming is a sub-set of esports…”
“We’re curating. How do you spell it, C-U-R-A-T-E…”
*looks at Ysbryd Games* “I see a lot of new faces here.”
“You guys need to understand that esports is THE THING right now.”
“I’m sorry but I don’t understand the question.”
“I’m sorry I can’t hear you. I’m being blinded by the projector.” 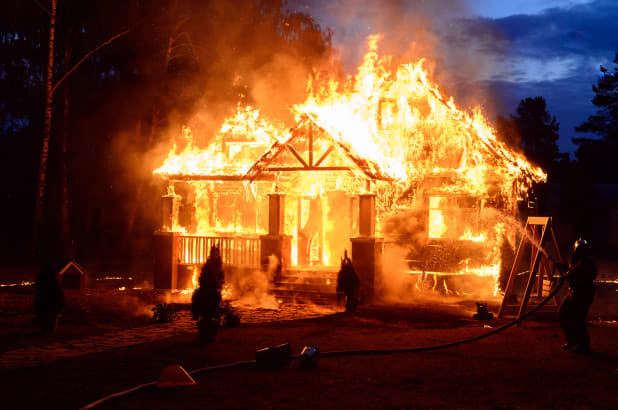 A Pragmatist, a Theorist and a Flaming Train Wreck walked into a bar…

Alright all jokes aside. In the audience, we have representatives from corporations with a global presence, sitting there bearing witness to something like this. It doesn’t do well for the SG brand on the whole. Moving forward, I believe it’s in everyone’s interest to preserve the SG brand. The last thing we need are a couple of bad apples ruining things for everybody when preserving their self-interest.