Here’s my review of Far Cry 6. Far Cry 6 which is developed by Ubisoft Toronto and published by Ubisoft will be launched wordwide on 7th October this year and the game will be available on PlayStation 4, 5, Xbox One, Series X/S and PC as well.

Check out our gameplay review of Far Cry 6 here as well.

I started pretty late with the Far Cry series. I only got into it when I first played Far Cry 3. For some reason, I didn’t complete the game but what got me really into the series was Far Cry 4. It was then I started noticing that this series by Ubisoft did something unusual from any other games. The villain was the posterboy. This was also one of the reasons, why I enjoyed Far Cry games. The villains were always the main characters. Vaas Montenegro, Pagan Min, Joseph Seed and now Anton Castillo voiced over none other than the unforgettable Giancarlo Eesposito aka Gus Fring from the TV series, Breaking Bad.

I have to say I loved all the villains from FC3 onward and each of them had their own unique way as an unforgettable villain. So Anton Castillo is no exception as well. Giancarlo did an amazing job. I also liked the other VOs with their accents. I loved how they pronounce “Guerilla”. hahaha.

The gameplay for Far Cary 6 is really good. Nothing glitchy so far and I am absolutley loving the colours used. Red for the bad guys and Blue for the rebels. You can feel the presence of the colours very vividly throughout the game. Riding a horse in this game has got to be one of the smoothest horse rides I’ve had playing in a game and the best part is its through a first person point of view.

The premise of FC6 is pretty much the same but there are some things that are different now. You can bribe the soldiers now and keeping your gun holstered is good when you walk around through town. You have animals biting and scratching your ass out of nowhere, even by simply doing nothing. Mongooses and crocs are new.You can also have pets as allies who can help you with missions. So far I have Guapo, a crocodile that wears a tee and helps me kill bad guys. Even if he gets shot down, you can always revive him when the coast is clear or let him be alone for a bit and he will wake up as if he just lied down to take a nap. I also have a metal cat/panther which is immune to bullets. There are a few more animals to unlock. The one I’m looking forward to is the fighting rooster. That would just be damn fun, wouldnt it? 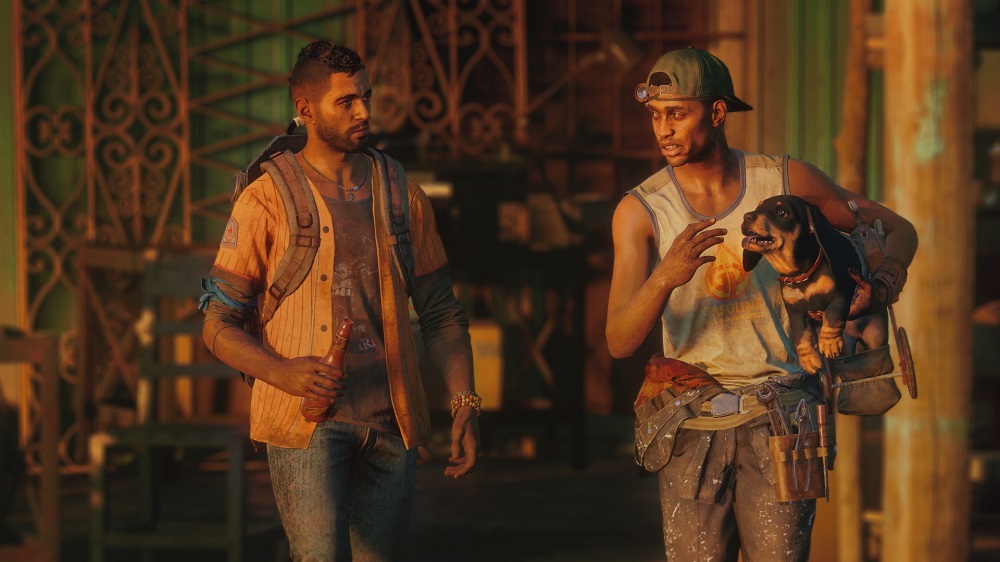 The map and open world is big and I think I’m looking at quite a number of hours putting into this to complete the game. So far I don’t feel it to be too repetitive and for evey section of the map, you can look forward to an ally to help you defeat a cohort of Anton Castillo.

The weapons you use are also colourful and there is a new weapon called the supremo. Its basically shooting up stuff from your back pack but with different modes of it. Explosive, poison, EMF and all. Suitable for certain missions and when you have no other choice but to blast everyone off.

All in all, I am enjoying Far Cry 6 and I’m pretty sure Far Cry fans would love this new installement. Even if this is your first Far Cry game, you’re gonna love it and enjoy the experience. Especially when you are on a stealth mission and a freaking honeybadger comes and fucks you up. Hahahahaha.

Far Cry 6 will be available on PlayStation 4, PlayStation 5, Xbox One, Xbox Series X/S and PC on 7th October.