by Subash Ramone
in All, PC, Reviews, Steam
0

Remember how cool podracing from Star Wars Episode 1 was, as opposed to most parts of the movie? Now take that competitive aspect, throw in a lot of Tron-like vibes and you get 22 Racing Series, a simulation strategy game set in the future where your 4-wheels are put to the test. Just not on the asphalt and flat land though, think of it as a series of whacky races where conventional driving rules are not applicable. Conceptualised by GOATi Entertainment and powered by ReVGen engine, 22 Racing Series plans to reinvent the wheel by well, defying gravity altogether. While the starting grid sequence is nothing extraordinary, that normalcy is soon thrown out once 8 (or more) drivers hit the accelerator. Through a series of various locations and difficulty levels, the objective remains the same; finish ahead of others, by hook or by crook. By the latter, it consists of utilising all surroundings to either overtake or impede your opponents, utilising power-ups for that added boost and ensuring that your car does not spiral out of control (even in the future, you have to take the wheel for such races). 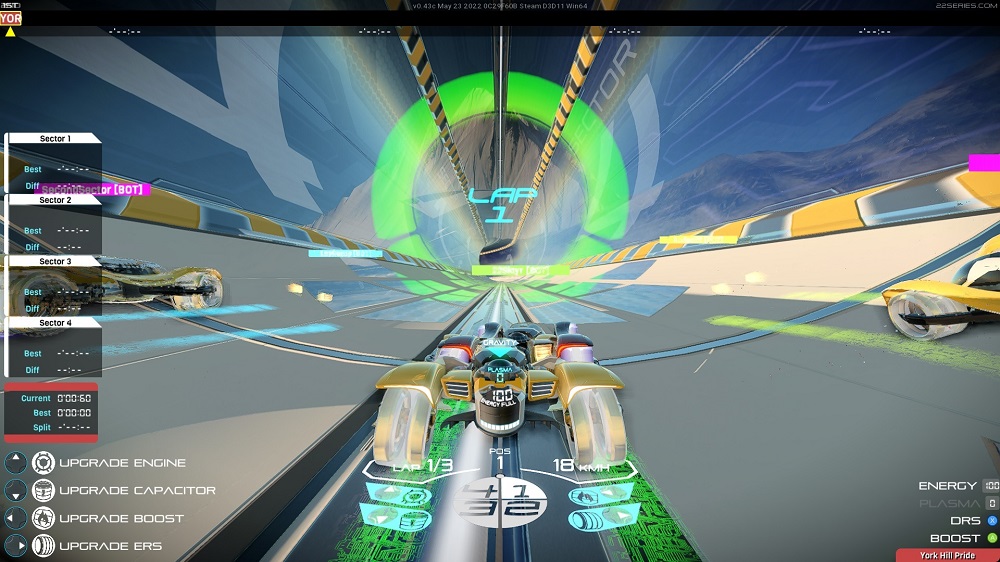 The action is not limited to just on-track competition though, as any automobile of any generation will tell you. How your vehicle performs is dependent on the upgrades made in your virtual garage. To the trained autosport eye, these 22 Racing Series cars look similar to a Le Mans Prototype (LMP) and carry little weightage in terms of performance. What plays a significant role however, are the various tweaks made on your structural, aero, and mechanical parts that will complement driving skills which can only be honed through hours of practice. While there are updates in store for 22 Racing Series and possibility changes made along the way, do check it out on Steam to do a test drive. One thing is certain though, it definitely brings more entertainment value than what Formula E pretends to be!